A RACE project to design and build a laser-based tool capable of carrying out remote maintenance up to 60 times faster than currently used technology could be key to future fusion reactor maintenance. 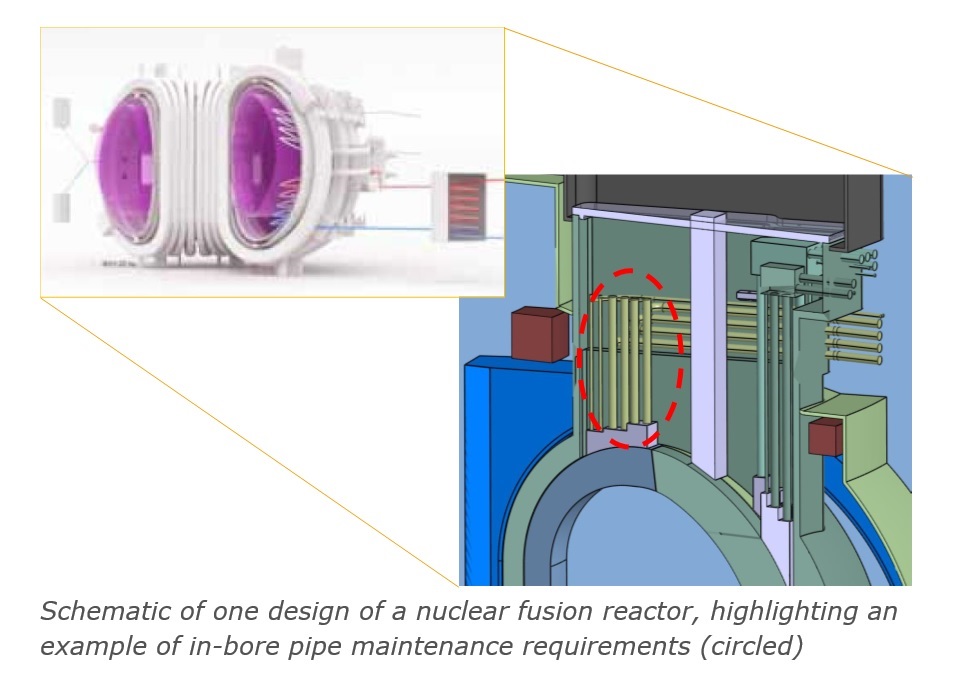 The Service Joining System for DEMO project – which involved RACE mechanical engineers Keelan Keogh and Tristan Tremethick in addition to EUROfusion research fellow Simon Kirk – investigated how potential use of lasers for tasks such as cutting a 5mm thick walled steel pipe on the future DEMO reactor could take 30 seconds, as opposed to the currently estimated 30 minutes.

The team of RACE mechanical engineers worked alongside colleagues at The Welding Institute (TWI) and IPG to design the in-bore cutting and welding prototype tool. A design for the full tool – including the housing for the laser – has now been successfully modelled and tested on DEMO relevant materials.

Using such a tool on a DEMO reactor in the future would be advantageous – some pipes are expected to be located six to 12 metres inside the reactor’s ports, while the environment around DEMO will be extremely radioactive. 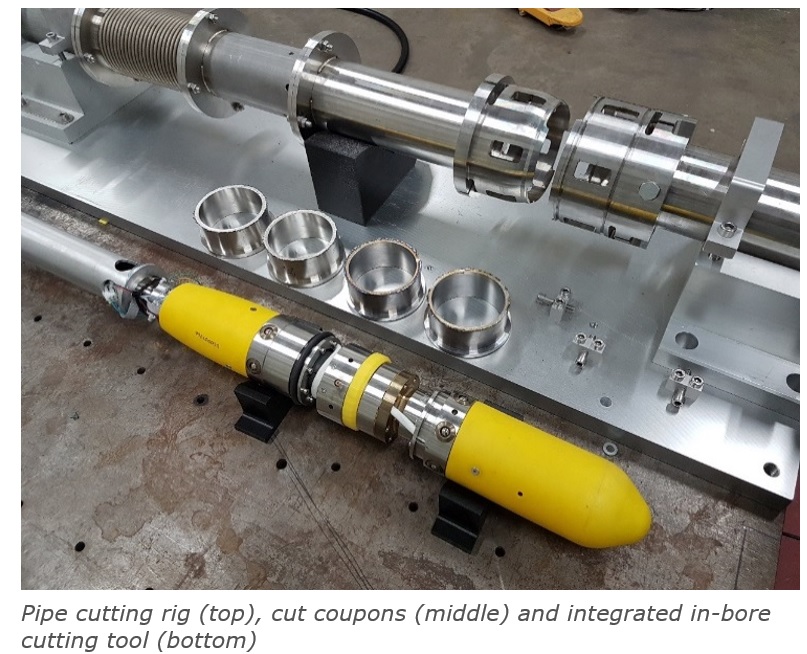 Primarily, a tool of this sort will be required for reactor maintenance jobs such as the cutting of pipes to remove any neutron-damaged parts, as well as their subsequent replacement and then welding of the new components. Both laser cutting and welding heads were designed to be small enough to fit inside the reactor’s pipes.

The design also offers potential applications beyond fusion. This includes maintenance work in a range of challenging environments including the oil and gas industry.

The significant project – funded by EUROfusion – has already received international recognition with Simon Kirk’s design for the laser processing head being awarded second place in the SOFT 2018 Innovation Prize. As part of its development, the laser optic system was successfully tested at TWI – a company leading in advanced laser cutting and welding. 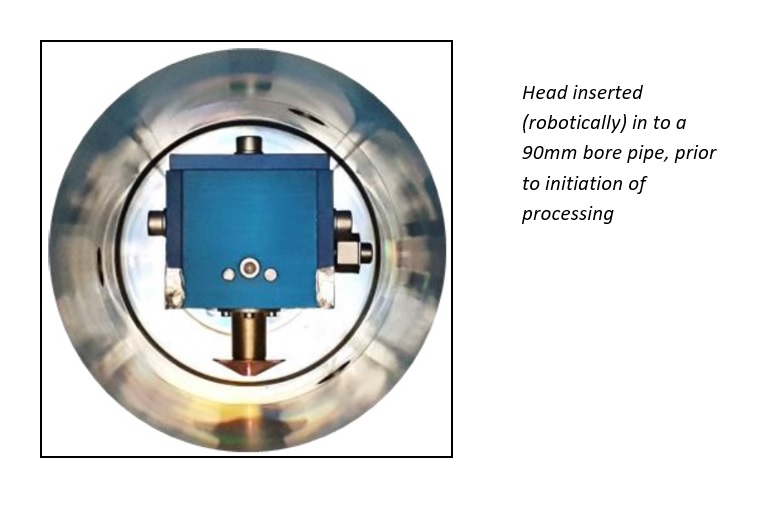 UKAEA’s Keelan Keogh, who alongside Simon Kirk designed the tool, said: “This technology has huge advantages to the duration and maintenance of DEMO, something which will lead to a viable power plant solution. The cutting system has performed very well but welding to the kinds of standards we expect DEMO will be held to is a way off still at the moment. We have made great progress with these initial trials, and plan to develop this technology with further trials.” 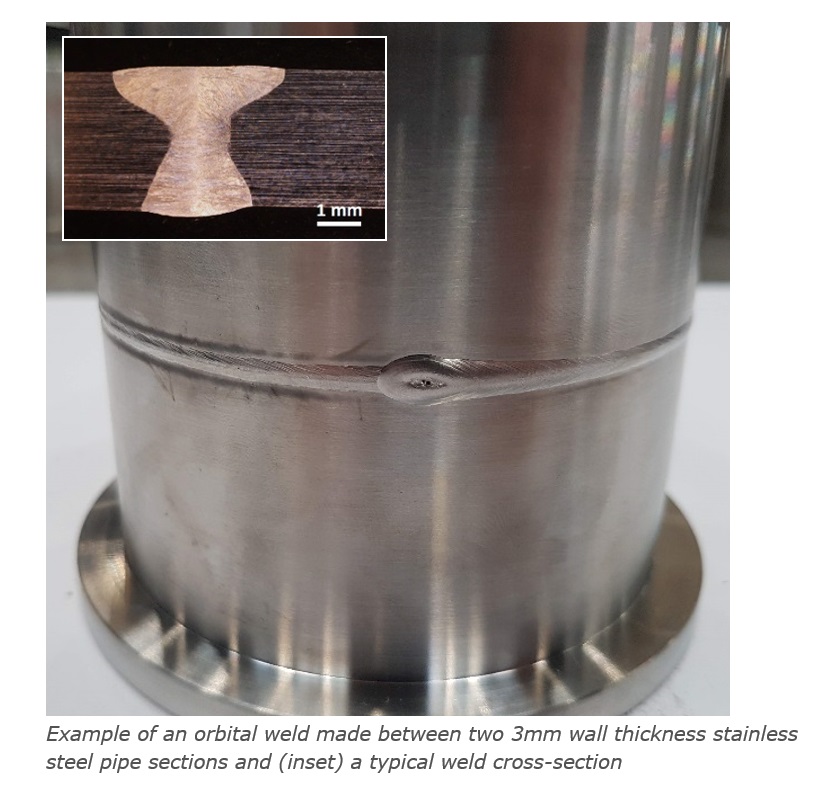 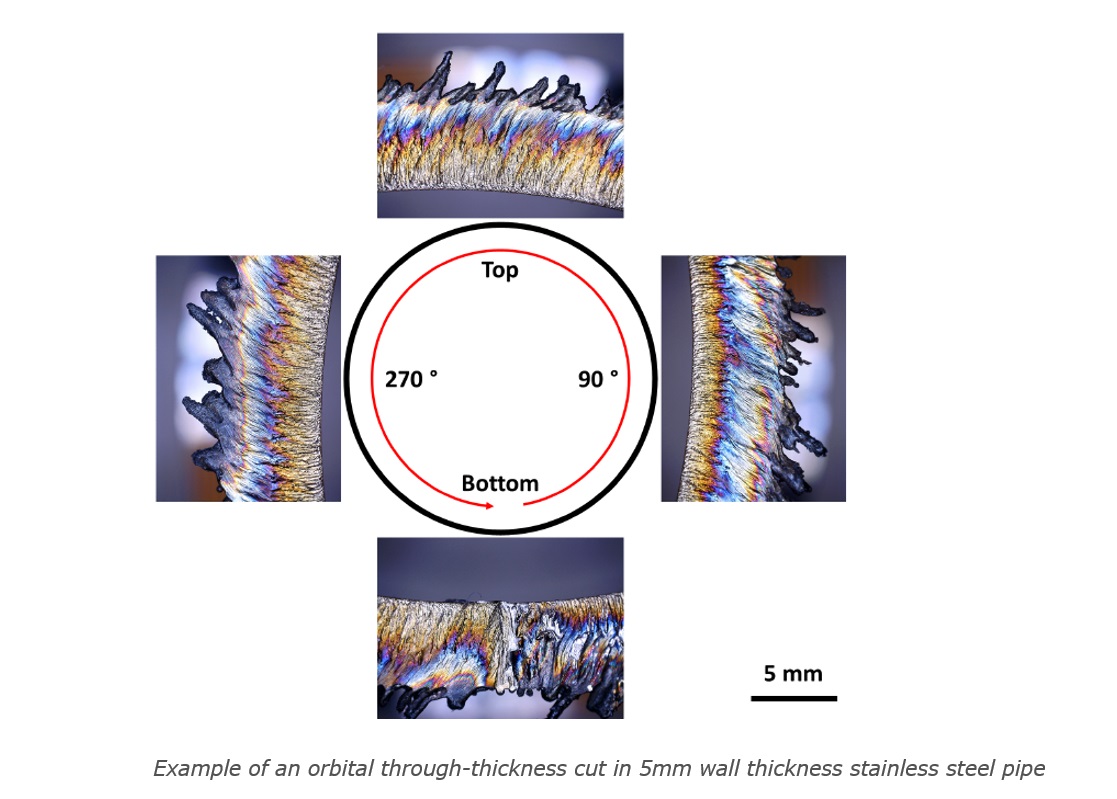